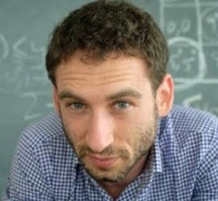 Moshe Hoffman is a Research Scientist at the MIT Media Lab Human Dynamics Group and Lecturer at Harvard's Department of Economics. Moshe applies game theory, models of learning and evolution, and experimental methods to try to decipher the (often subconscious) motives that shape our social behavior, preferences, and ideologies. Together with Erez Yoeli, he co-designed and teaches "Game Theory and Social Behavior" in the Economics department at Harvard, which lays out this approach. 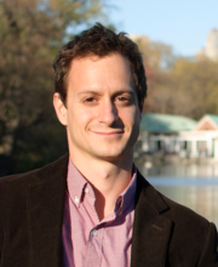 Erez Yoeli is a research associate at MIT's Sloan School of Management, where he directs the Applied Cooperation Team (ACT). His research focuses on altruism: understanding how it works and how to promote it. He collaborates with governments, nonprofits, and companies to apply the lessons of this research towards addressing real-world challenges like increasing energy conservation, improving antibiotic adherence, reducing smoking in public places, and promoting philanthropy.

Eric Wilson is a Harvard Junior majoring in Psychology. In addition to his interest in Psychological research, he is interested in Islamic studies and plays on the Harvard Football Team.

Pedro D'Abreu has a keen interest in social psychology and decision-making. He has an interdisciplinary Masters degree in neuroscience and education, and currently serves as a Service to Society Fellow at Philips Brook's House.

Peter Choi  is interested in cognitive neuroscience, social psychology, behavioral economics, judgement & decision making, and game theory. In addition to being an RA in the Gilbert Lab, he is collaborating with Erez Yoeli and David Rand in the Applied Cooperation Team at MIT’s Sloan School of Management. Previously, he has worked at Stanford University’s Psychology Department, Columbia Business School, Cleveland Clinic’s Department of Neurosciences, and the University of California - San Francisco Medical Center’s Department of General Surgery. Peter received his M.S. in Neuroscience & Education from Columbia University and B.A. in Sociology at Emory University. He is a competitive rowing coxswain at the United States Training Center in Community Rowing Inc. vying for a seat at the 2020 Tokyo Paralympic Games.